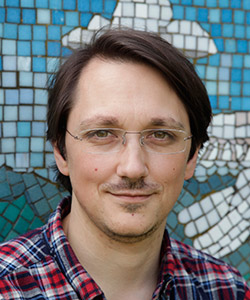 Managing Director of Road to Peace Films, Leon is an award winning independent filmmaker, who made his debut with Road to Peace in 2012, providing a rare insider view into the life of the Dalai Lama and his powerful message of Peace and Universal Responsibility.

With an extensive background in UK and US film and television spanning 20 years, Leon specializes in editing documentaries and factual entertainment programmes for the BBC, Channel 4, Discovery and various other global TV productions. Like many directors with a background in editing, he brings a unique storytelling style to his films. 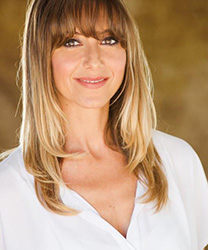 Robi is an LA-based Producer, Distributor and Paralegal who oversees the distribution of Road to Peace across worldwide digital platforms.

Her responsibilities include overseeing all contract administration and paralegal aspects of production.  Robi has over 15 years deal making experience in independent film and documentary production and distribution.  She is also an accomplished concept and marketing developer with a fantastic track record in programme sales across digital, television and Home Video markets in USA, Italy, Canada, Australia, Japan and Europe.

In addition, Robi has worked as an Associate Producer on a number of documentary films. She managed the Vatican’s film archives and produced the acclaimed documentary The Vatican: Behind the scenes of the World’s Smallest Kingdom. She was also responsible for negotiating and drafting license and co-‐production agreements for the film as well as supportive marketing and organizational tools.

Robi is also a Finance, Marketing and Distribution Instructor for the New York Film Academy and previously founded Focus Documentaries, a production, distribution and legal services consulting company in Milan. 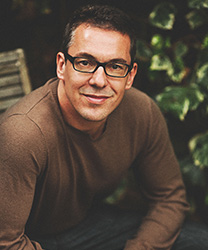 Recent communications and speaker clients of Will’s include Resurgence & Ecologist magazine, Afrika Eye Film Festival, The British School of Meditation, BBC TV’s ‘Extreme Pilgrim’ Peter Owen Jones and bestselling author Graham Hancock.  He has also worked as a holistic explorer and travel journalist writing for leading newspapers and magazines, from the Independent and the Evening Standard to Resurgence & Ecologist, Yoga and Kindred Spirit. In addition, he has produced numerous holistic events, including the recent and highly acclaimed FutureNOW spiritual ecology conference in Bristol, and the Conscious Frontiers Programme at Sunrise Festival, which hosted one of the first screenings of Road to Peace in May 2012. 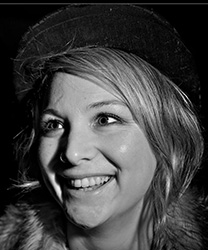 Bethan is a crucial member of the Road to Peace production team. With extensive experience as a film maker and musician, she brings flare, creativity and focus to a busy production, promotions and events schedule.

She is currently busy organising the route, schedule and logistics for the Road to Peace Pilgrimage Walk from London to Glastonbury in June 2015, as well as the various film screening/music events and interfaith meetings along the way.