Homeless people to be fined up to £1,000 for sleeping rough

Reports in London that homeless people are going to be fines for sleeping rough only highlights how much more compassion we need in western society. 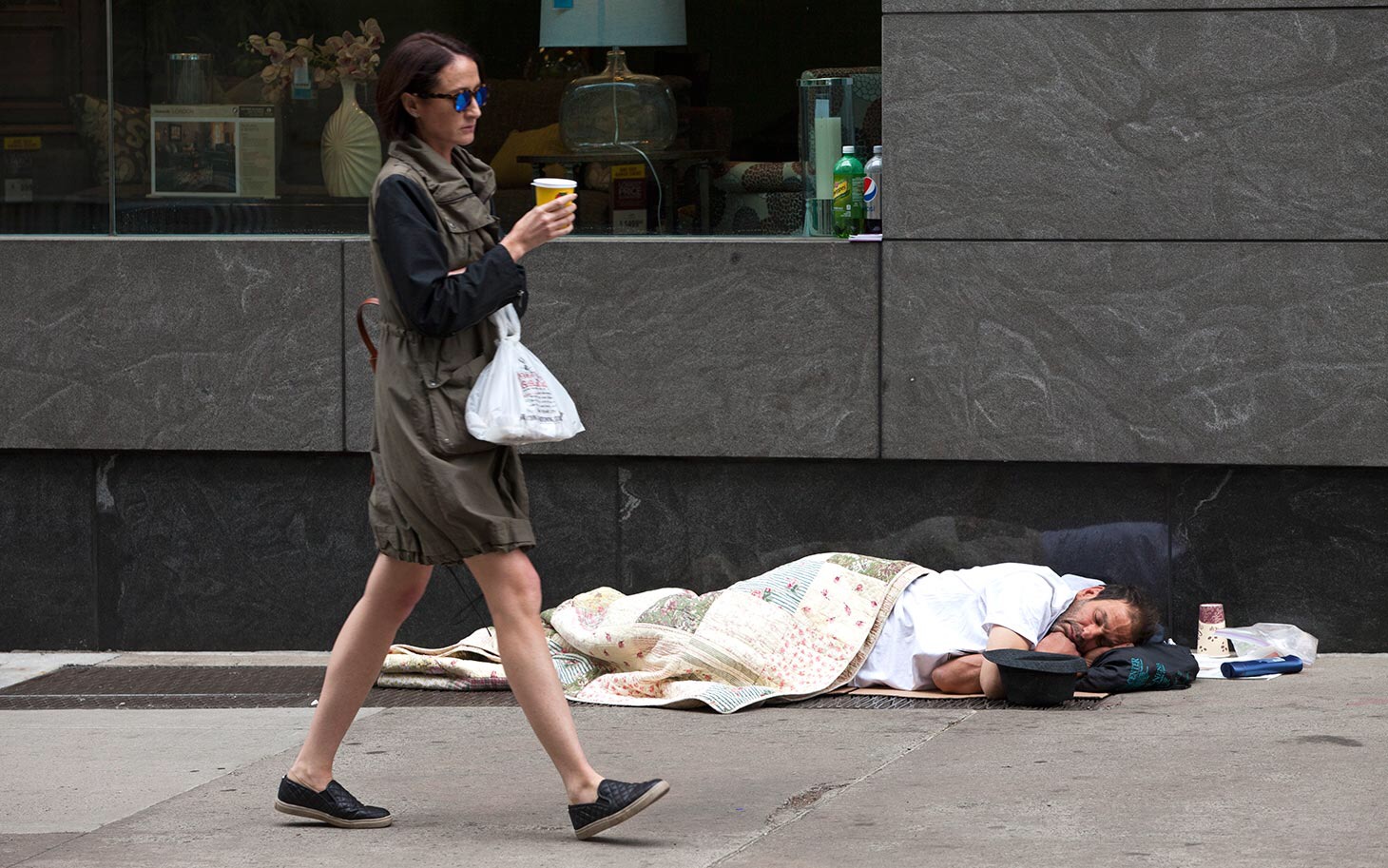 Homeless people could be fined up to £1,000 for sleeping in doorways near popular tourist spots, under new rules launched by a London council.

It’s not clear how destitute rough sleepers are expected to pay.

Hackney Council’s Public Space Protection Order bans sleeping in public places – offenders are handed a £100 fixed penalty, which can rise to £1,000 in court.

Homelessness charities have condemned the move, saying that it turns rough sleepers – who are often escaping lives of abuse – into criminals.

A similar protection order was proposed by Oxford City Council, but the council backed off after a petition against the move garnered 72,000 signatures.

Matt Downie of homelessness charity Crisis said, ‘Rough sleepers deserve better than to be treated as a nuisance – they may have suffered a relationship breakdown, a bereavement or domestic abuse.

The reality is, few of us know what it is to be homeless unless we directly experience life on the streets.

Recently actor Ruchard Gere was ‘shaken’ by the experience of playing homeless man. 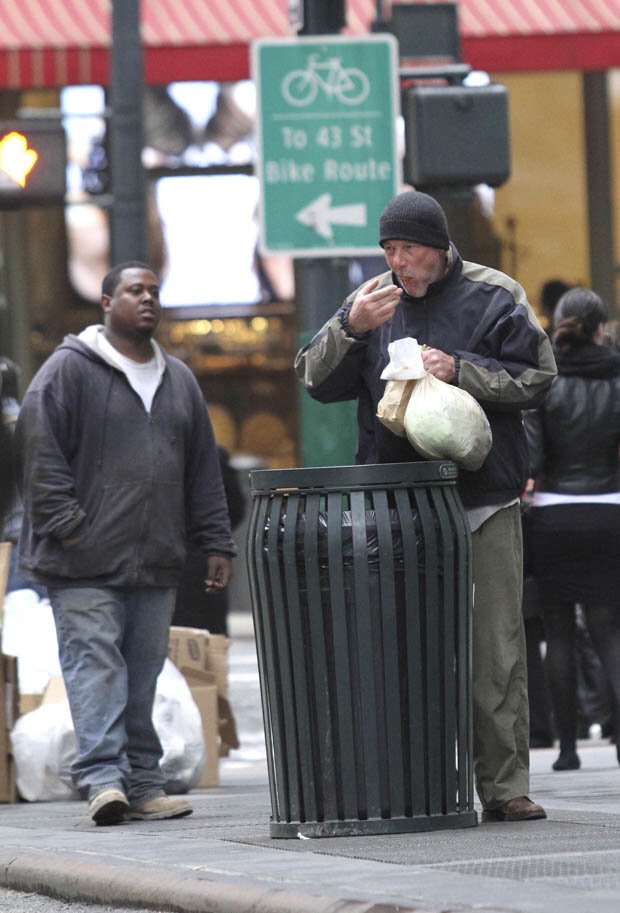 In “Time Out of Mind,” which opens Friday, Gere plays a vagrant named George Hammond whose unfortunate fate is teased out slowly and without sentiment. His backstory comes through only in Moverman’s patient observation of his movements around New York.

“They could have seen Richard Gere if they looked into his eyes,” says Moverman. “Here we are putting make-believe in the middle of reality, and reality is saying, `No, that’s reality. That’s not make-believe.’ It doesn’t matter who it is.”

The movie doesn’t just capture George’s story, though. It’s a close-up of the soul-crushing experience of homelessness: the omnipresent assault of noise, the indignities of shelters, the sanity-shattering invisibility. But it’s also a wider view of urban life where the normal occupations of people are going on all around him.

“Are we all in this together or not, is basically the question,” says Gere. “Somehow, we’ve gotten habituated to this idea that we’re in our separate capsules. It’s not true.”

Gere, a longtime New Yorker, first got a pass to homeless shelters 12 years ago. He’s worked with the Coalition for Homeless for years and refers to his “homeless friends” he’s gotten to know while researching the film. He took a lot of inspiration from the Cadillac Man memoir of homelessness, “Land of the Lost Souls: My Life on the Streets.”

Getting to actually experience the feeling of begging, if only for hours at a time, Gere says, was more like being a black hole than being invisible. He could feel people avoiding him, going through an “interior opera” of guilt that he notes, ultimately “has very little to do with the reality of that guy on the street corner.”

It gave him a taste of “how quickly we deteriorate mentally.”

So the next time you see a homeless person, try and imagine how much suffering that person is going through. And feel in your heart the tragedy of life that people end up in awful circumstances that cause them to live without the comforts that most of us take for granted.

This is the first step to creating a culture of compassion.