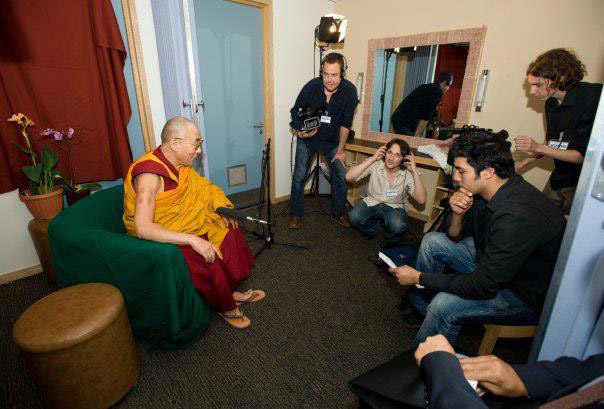 Making of Road to Peace

Witnessing his family endure the horrors of the 1990s war years in former Yugoslavia – as a teenager, Leon started to explore religious and spiritual ideas and pathways for self-development and transformation.

Hearing of the Dalai Lama – the legendary Nobel Peace Prize winner who had propelled Buddhism onto the Western stage – Leon became curious about his philosophy of peace, kindness and compassion, and by the endless reports of his “incredible presence”.  He also personally identified with the Dalai Lama’s struggle of living in exile from his Tibetan homeland.

“I wanted to know more,” recalls Leon. “As a film-buff I searched for documentaries and films that could show me what he was like, what it was like to meet him, and also to understand his message. But I couldn’t find what I was looking for.”

A couple of years later, a friend of Leon’s contacted the Office of Tibet in London looking for people to interview for a film he was making, and by a rare twist of fate, was duly invited to submit a proposal to film the Dalai Lama’s next visit to the UK.

“We instinctively knew the film we wanted to create,” recalls Leon, “a fly-on-the-wall account of the Dalai Lama’s daily life, showing the extraordinary effect he had on everyone he met, and sharing his powerful message of Peace.  I was eager to satiate my curiosity about the man behind the myth.  ‘What did he do behind the scenes?  Did he really have the incredible presence that people who met him always referred to?’  In addition, like anyone striving for happiness, I hoped what he shared would move me in some way, and teach me how to live a more centered, peaceful life.” 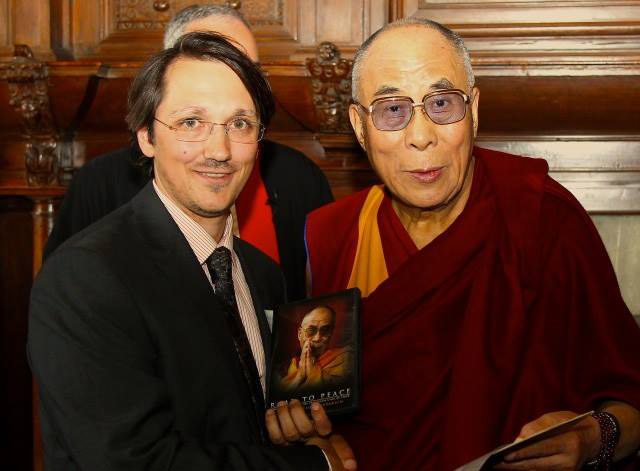 Making Road to Peace not only gave Leon the opportunity to spend time with the Dalai Lama, but also to share his wisdom with other people.  He set out to show a more personal reflection of the man and his unique philosophy and to show how engaging and accessible he is to everyone he meets.

“I had no idea how much this project would change my life,” says Leon. “Making the film gave me a rare firsthand insight into Buddhist philosophy, while actually meeting and being in the presence of the Dalai Lama himself was a fast track to really understanding that we truly can all live a more peaceful and skillful life.  We filmed for two weeks, but it felt like two years!  The filming was incredible, the close access we had to the Dalai Lama was a rare gift, and topped off with an interview with His Holiness, we had a truly unique perspective of how he was with people every day.

All the pieces were in place for the making of a wonderful film. And once completed, the film was premiered in Leicester Square, coinciding with the Dalai Lama’s 2012 UK visit. Seeing firsthand the special effect he had on people was a profound inner journey.  I went through a huge personal transformation during the process of making the film which continues to shape my life today.

“I now feel I hold a huge responsibility to share my experience of meeting the Dalai Lama, showing what he is like as a person,” concludes Leon Stuparich, “and to spread his message of Peace, Compassion, and Universal Responsibility through the film.”