Raining and alone on the Road to Peace

Leon Stuparich writes from the road…

Last night for the first time, it rained on the Road to Peace. 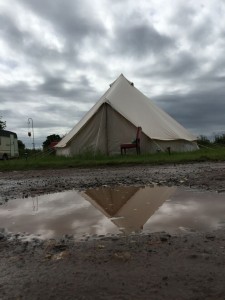 I left solo from Avebury after the Summer Solstice ceremony we were privileged to witness. Standing next to Arch Druid Terry, the ex Hell’s Angel turned keeper of the stones who was beckoning the Sun. “Hail and welcome!” He bellowed “it is Solstice dawn.” 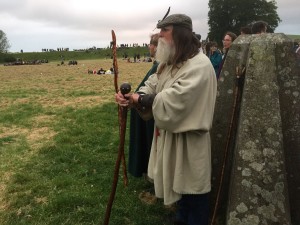 The experience so far has been a mirror to see the flaws and good things about your self, the ego stands up ahead of you and there is nowhere to hide. Nowhere to escape. And no distractions.

In retrospect it marked a turning point of the journey. Our half way point, but also the time where – certainly for me – I realized I was meeting myself on the road. The experience so far has been a mirror to see the flaws and good things about your self, the ego stands up ahead of you and there is nowhere to hide. Nowhere to escape. And no distractions.

And travelling with fellow pilgrims Bethan and Will, the fuel of my self – that fire ego that says says “you can do this faster by yourself” or the inner judgements that we do all day everyday come to the fore and become louder than ever. Soon after these feelings are smacked down with the guilt of wanting to leave a man behind or the self-indulging desire to have a personal experience. Surrendering your emotions and above all being honest to each other, was the door into the next part of the journey.

The Day that Bethan became Ill.

As Bethan – suffering severe gastroenteritis left on her train back to her family, and Will remained in Reading to nurse his blistered feet, I embarked on two days walking by myself. After three days of intense walking and the adventure of trying to survive and travel without spending money, in the Buddhist tradition, it was very strange to walk alone.

It was hot in Reading and late. 2.30pm and 15 miles to walk. Destination: a night under the stars on the ancient Ridgeway. Possibly the oldest road in Britain, with relics dating back 5,500 years old from the tribes that used to live on the hills.

It was so strange to leave by myself, quite exciting, but scary at the same time. As a pack of three pilgrims we worked well as a team. Supporting each other, collective ideas of where to get food or where we might sleep that night. I felt excited and nervous at the same time. 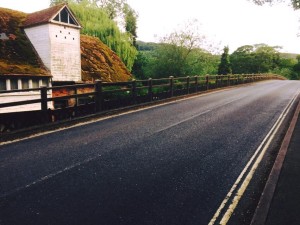 I stepped out of Reading train station, took a huge breath and as I prepared to leave I reached for my water bottle, but it wasn’t there. Not a good start!

In front of me, a young couple said goodbye with a final embrace. She departed and I spotted an empty water bottle in his hand. “Excuse me are you finished with your bottle?” He replied “I was just about to throw it away.” Perfect, now I had a vessel and at the same time reused some plastic that was going to landfill.

I went back into the first café in the station and asked for some tap water. Explaining the pilgrimage, the manager (who happened to live on the Ridgeway) recounted a story of being in a local Indian restaurant called the Standard Tandori, which was owned by a “good friend of the Dalai Lama!”

“I was in there once with a friend and there were lots of monks eating in there.” She said, “my friend wasn’t feeling very well and I took her to the back of the restaurant, and the Dalai Lama appeared and asked if she was all right!”

Apparently the local headlines the next day read, “God King Visits Restaurant.” The town of Reading is full of Dalai Lama stories. Who knew that there would be such a connection!

As I headed down the Thames Path, water on board, I met my first group of four or five people, fishing by the river. A colourful friendly bunch happy in the sunshine. I was quickly offered some food for my journey – two tins of sardines which ironically were going to be used as fishing bait. (Humans!) 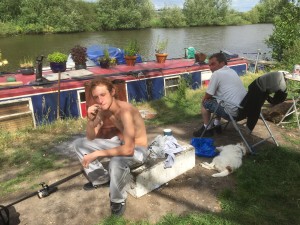 Then the boat owner Gareth Evans appeared with a tin of Bully Beef (Spam  – a mix of pork and ham that was a staple of soldiers in the trenches in the First World War).

Such lovely hospitality and I felt I was no longer walking alone.

Gareth: “Do you know what you have? Fortitude!”
Me: “How do you define fortitude?”
Gareth: “Vision, focus, determination and a goal at the end”
Me: “I have fortitude because of the kindness and good will of people supporting us.”
Gareth: “Then you really have fortitude!” 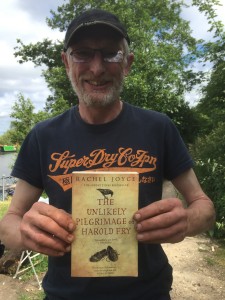 Gareth touched my heart. He was clearly moved at the idea of someone walking 200 miles to Glastonbury, on a penniless pilgrimage. He said he would love to do it himself but was now too old. I’m glad he walked with me for the few minutes that he did. It was becoming clear, that even though I was walking alone, I was walking for Gareth, for Will, and for Bethan. I was walking for all those who the journey has crossed paths with and I was walking for myself.

The Thames path to the start of the Ridgeway in Goring was high on the banks of a hill with the river gleaming below. It was also my first taste of barely seeing another person. Only a couple of cyclists in about 2 hours. It is a beautiful lush green path, and in many ways, going back in time. 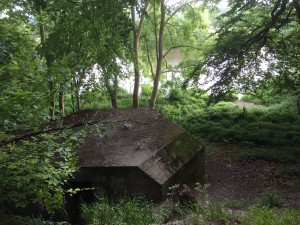 Around the corner is Goring and the start of the Ridgeway. An ancient path crossing through the middle of Southern England. With only a map and my backpack I had no idea what I was in store for. And the first day was a challenge of outdoor survival!

But I’ll share more about that in my next blog post, for now, I’ve gotta get back to being a pilgrim!

About Leon:
Managing Director of Road to Peace Films, Leon is an award winning independent filmmaker, who made his debut with Road to Peace in 2012, providing a rare insider view into the life of the Dalai Lama and his powerful message of Peace and Universal Responsibility.

Follow the rest of our pilgrimage on our blog! 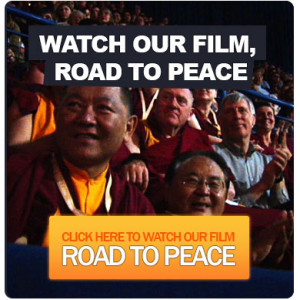 Please donate and support Tibet House Trust and our work: 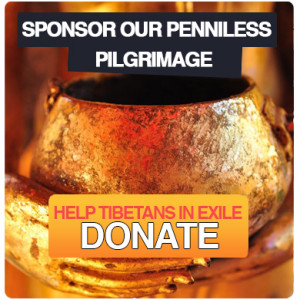 Host your own screening of Road to Peace: 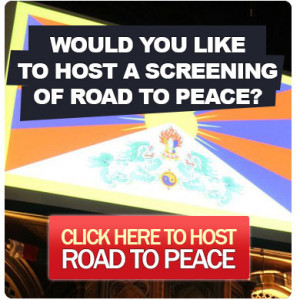